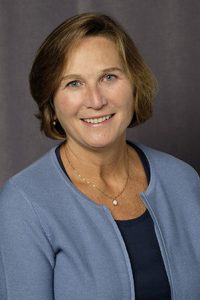 Dr. Grainne Neilson is a forensic psychiatrist in clinical and academic practice and has been an assistant professor in the Department of Psychiatry at Dalhousie University since 2004. Dr. Neilson acquired medical training in Canada at the University of Calgary and completed her psychiatry training in Britain, in 1993.

After 10 years in general psychiatric practice, she completed a fellowship in forensic and correctional psychiatry in 2004, and obtained a Masters of Law degree in 2005. In 2014, Dr. Neilson obtained her subspecialty certification in forensic psychiatry from the Royal College of Physicians and Surgeons of Canada.

Dr. Neilson has long been interested in mental health law, human rights, professional regulation and professional ethics. These interests prompted her to serve on the CPA’s Professional Standards and Practice Committee where she contributed to position papers and position statements on topics such as informed consent, ethics and the role of mental health legislation.

Many issues of national interest to psychiatry need the informed and unified voice of Canadian psychiatrists as well as a willingness to collaborate with other organizations. Dr. Neilson is well-placed to do this as she was closely involved in the consultative process when Nova Scotia’s Mental Health Court program was developed, and more recently when new legislation relating to adult capacity and decision-making was drafted. She has also had experience advocating at the regional and provincial levels as president of the Atlantic Provinces Psychiatric Association and through involvement with the Nova Scotia Psychiatric Association.

Throughout her professional life, Dr. Neilson has remained devoted to acquiring knowledge, expertise, and experience in support of sound decision-making and has endeavoured to foster the same practices in others.

The Canadian Psychiatric Association is the national voice for Canada’s 5,200 psychiatrists and more than 900 psychiatric residents. Founded in 1951, the CPA is dedicated to promoting an environment that fosters excellence in the provision of clinical care, education and research.

Are you short of MOC credits? Catch up at the annual conference

Missed opportunity to invest in mental health of Canadians

First-line treatment for insomnia should not include routine use of antipsychotics, say Canadian psychiatrists